How to Pitch to Investors

When Tipatat Chennavasin introduced his mobile gaming startup to the investment world in 2011, it fizzled. He struggled to entice venture capitalists with Big Head Mode Inc., and after only two-and-a-half years, he sold it to PlayFirst. Chennavasin describes his personal experience with funding as “terrible,” but now, as the co-founder of The Venture Reality Fund and a South by Southwest pitch competition judge, he recognizes the disconnect that existed in those pitches and sees many similar issues in the pitches he receives. He felt he wasn’t the right person to fully deliver on idea execution. Often, he says, the ideas may be great, but without the right team, that idea will never come to fruition. His firm has looked at more than 5,000 companies but has only invested in 36 so far. Of those 36, less than 15% are socially-minded businesses.

Despite Chennavasin’s portfolio and striking numbers that suggest only 0.05% of funding comes from venture capitalists, impact investing is a growing market with an estimated worth of $502 billion. To access that funding, for-profit businesses offering social solutions must begin with a strong pitch that implements key points such as effective storytelling, thorough research, and differentiating factors. Communicating the importance of a business through storytelling is paramount for social entrepreneurs because their unique connection with their audience is a measure of reach. This is an undertaking for which Chennavasin believes many are ill-prepared. “A pitch needs an honest story. Where most people get it wrong is thinking they need money from investors to start. The right approach is to put something out there, show it to the world, have the world respond, and then the investors will come to you,” he says.

Patrick Lor, founding member of iStockphoto and now managing partner at Panache Ventures, agrees and says founders rely on projected numbers they can’t produce but play a part in their story. “Too many people do that and the numbers never turn out true. They’ll say with $100,000 today we know how this investment could work out because we look at a comparable here. I saw some companies doing something similar to what we’re doing that’s worth X amount of dollars,” Lor says. He’d rather hear founders tell him that their standard engagement platform engages 5% of the audience, and that they engage for an average of two hours.

Patrick Lor says that pitches need to be backed up with numerical data that proves a product or service is effective. (Photo courtesy of Patrick Lor)

Television shows like Shark Tank give the impression that pitching is a simple task that’s cemented with two magic words: “I’m in.” But pitching is much more complex. The idea that a compelling two-minute opening pitch can result in a multi-million-dollar deal is unique to the show. In reality, pitching to potential investors or banks typically requires multiple meetings that assist in relationship building and supporting documentation that speaks to the company’s success or projected metrics. Chennavasin says that many believe they can hand over their pitch deck and receive money the same day.

“I think there’s a common myth of, ‘Hey, I’m gonna come to someone with a pitch deck, and they’re gonna give me millions of dollars.’ Honestly, that’s very rare,” Chennavasin says.

He believes there are many factors that go into ensuring an idea’s success. He says that most people think that pitching provides an automatic entry to an investor’s wallet, but that’s not true. To earn access to funding, he believes in the power of showing and not telling. “Startups in their early stages are science experiments,” he says. “The more that you can prove your hypothesis, the easier it’s going to be to get other people to believe in what you’re doing.”

To begin, Chennavasin suggests that entrepreneurs conceptualize the pitch as an honest conversation that starts with detailing who you are, what you’re doing, why you’re the right person to do it, and why what you’re doing is important in the world. He also emphasizes the importance of finding the right audience to pitch to, describing that process as similar to dating and searching for the potential investors who are right for you. “If that person says no, it wasn’t meant to be. Know every investor is different. One investor may be more interested in your story, another may care more about technical data or social proof,” Chennavasin says.

Audience plays a significant role in social entrepreneurship because every investor possesses different interests, goals, causes, and details that matter to them. In addition to impact investment firms, there are institutions like Impact America Fund and Morgan Stanley’s Investing with Impact platform that focus on social-good sectors such as sustainability, technology, or education.

Social entrepreneurs will need to consider each investor as an individual that determines their own scale of importance and which factors take priority. To learn more about investors, consider the background information provided by venture-capitalist firms and personal bios listed on their website. These websites also typically provide contact forms that serve as first lines of communication. Social media provides alternative means of communication.

“A pitch needs an honest story. Where most people get it wrong is thinking they need money from investors to start,” says Tipatat Chennavasin.

Once you have an investor’s attention, Lor says founders need to deliver on numerical data that supports their reach and demonstrates that their solution is effective. “They rarely show real evidence that they can take 100 people and squeeze more time out of them, more engagement. You need to show that your product actually works, and that there’s quantitative evidence around it,” Lor says.

Similarly, Chenavassin believes that showing proof of concept through viral messaging, having a solid team, and demonstrating that people really care about your business are more important than a complete product. His firm is much more likely to invest when they see that businesses are doing the work, and they’ve learned the ropes on how to run it successfully.

“Don’t talk about it, build it. It’s not just the learning, but the network that you’ve built. You know where to get great engineers or you know where to get great sales and marketing people,” Chennavasin says. “Having that as a part of your work DNA is very important. If you can’t sell it before you build it, you can’t sell it after you build it. Build something that gets traction.”

Social entrepreneur Jennifer Harper also agrees that it’s necessary to pitch a working solution. She doesn’t believe in spending a bunch of money without a proven concept, and she suggests being super scrappy and humble in the early stages. “You need to be passionate about where you want to take your business and that’s only decided through a strong, strategic business plan, a strong marketing plan, a strong financial plan, a strong supply chain plan,” Harper says. “You need to understand every single aspect of your business before it even comes into existence, and then you need to be able to articulate that in a 30-second conversation with somebody that could potentially get you to the next place you need your business to go.”

Harper’s cosmetic company, Cheekbone Beauty, is on a mission to fund Indigenous youth education. It saw success in just three years, but she says pitching a social enterprise to a bunch of capitalists is difficult because they are more concerned about their return on investment rather than the impact. Today, she’s excited about the future of funding for social entrepreneurship. The Global Impact Investment Network’s latest study suggests that 69% of the investors surveyed say they see steady impact investment market growth, and 21% say the market is ‘about to take off’, compared to the 75% of investors who said impacting investing was in its very early stages in 2010. 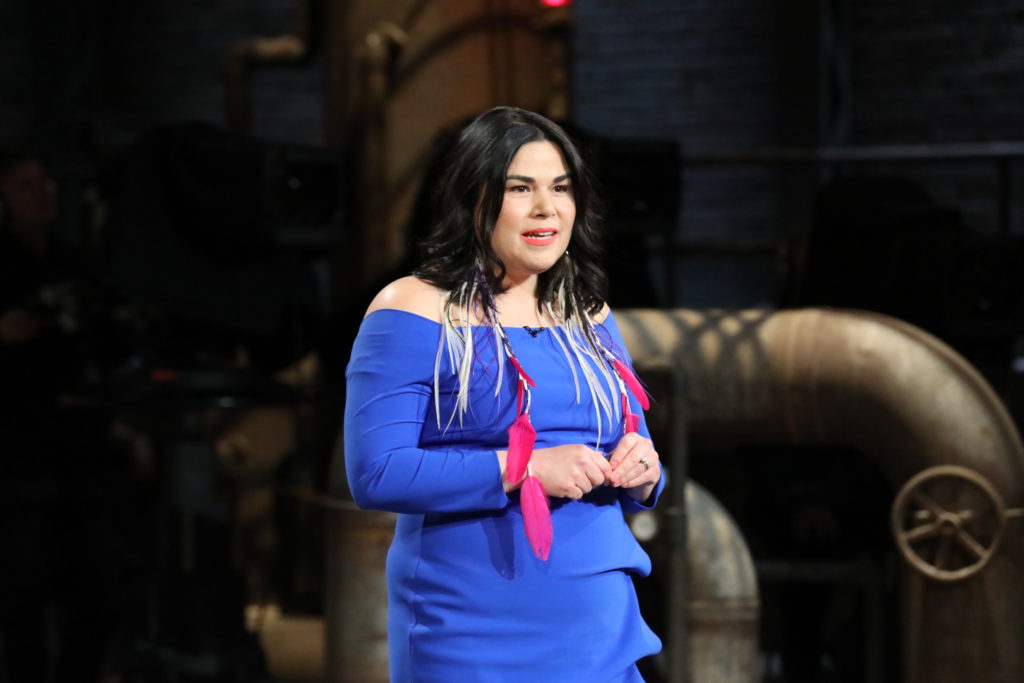 Jennifer Harper says planning is critical. You should have a strategy for your business before you start investing money into advancing it. (Photo courtesy of Jennifer Harper)

According to the Institute for Sustainable Investing, more than eight in 10 individual investors in the U.S. (and nine in 10 Millennial investors) now express interest in sustainable investing. Harper says when she started, she didn’t know impact investing existed, but she’s grateful that investors are flipping their mindsets and investing in things that are going to sustain communities around the globe. “It’s so amazing that we live in a time in history where a big shift is happening, and there’s social impact investing now. We’re really, really fortunate that there’s investors out there that want to know how much impact you’re going to make, not necessarily how much money you’re going to make, which is really shifting the conversation,” Harper says.

Lor has examined thousands of pitches. His firm streamlines the process using three basic questions: what is the business or product, how big can it be, and are you, as a founder, magic? “Tell us what’s unique about the product, if there’s science behind it, your edge on competitors, and why people love this product. Is it a niche market or is it a universal market worth trillions of dollars?” Lor says. “Are you ideal?”

With his firm’s $58 million fund, they will invest in more than 100 companies in total. The firm receives several hundred pitches per week, and they seriously consider investing in 5% of the proposed businesses. He believes a lot of businesses make huge mistakes around assumptions. “Assumptions are people sitting at a computer punching numbers into a spreadsheet,” he says. Lor says that’s just not good enough.

While he believes it’s important to connect the dots on creating the numbers and the engagement, he says that many businesses hone in on the investment too soon in the pitch. He says presenting projections at the top of the pitch kills the mission and the vision by asking for money first. He also mentioned that when businesses only focus on a singular area of the pitch, whether it’s money or the story, they’re hardly ever successful.