How to Protect Yourself From Burnout

In three years, she lost three family members, her mentor moved out of state, colleagues counted on her to lead them, and her work went unrecognized. The weight of those challenges prompted the 39-year-old Annie Sanchez to break down in a restaurant in April of 2017. After three years of chronic stress, panicked thoughts invaded her mind: “I have to quit, I have to leave my partner, I’m leaving New Mexico. Oh, my God, I’m freaking out.” But the breakdown created an opportunity for Sanchez, who, at that time, worked in the nonprofit  sector. After a month-long escape to Chicago, where she devoted time to self-reflection, she decided to do something to save herself. She quit her job and switched careers, ultimately creating and becoming CEO of the strategic-planning firm Mariposa Strategies in Albuquerque, New Mexico. The firm works with women, specifically self-identifying women of color, who are in positions of power or are seeking to open their own businesses, much like Sanchez herself. Through workshops, seminars, and coaching circles, clients can share their experiences and support each other.

Sanchez’s story likely resonates with many. A recent Gallup study showed that 73% of all employees report feeling burned out at least sometimes. Dr. Rachel Lewis, an occupational psychologist, researcher, and professor at Birkbeck, University of London describes burnout as cognitive exhaustion, an emotional response resulting from long-term exposure to chronic stress. But launching a business — especially one that seeks to address injustices and assist marginalized communities — can deliver additional stressors. In 2015, Business Insider reported that according to a study, 50% of start-up founders deal with mental health issues, and while there is not much research looking specifically at burnout for social entrepreneurs, Harvard Business Review found in an analysis that stress in general is a “significant problem” in the social enterprise community.

That problem arrives in three stages, according to Lewis: the first stage is emotional exhaustion, where you feel tired and even after sleeping, you are exhausted; the second, depersonalization, where you are critical and stop caring about yourself and others; and, finally, lack of achievement, where you lose the ability to accomplish things and be competent.

To address this growing and debilitating condition, consider this advice from experts and social entrepreneurs on how to practice self-care while growing a business and caring for others. 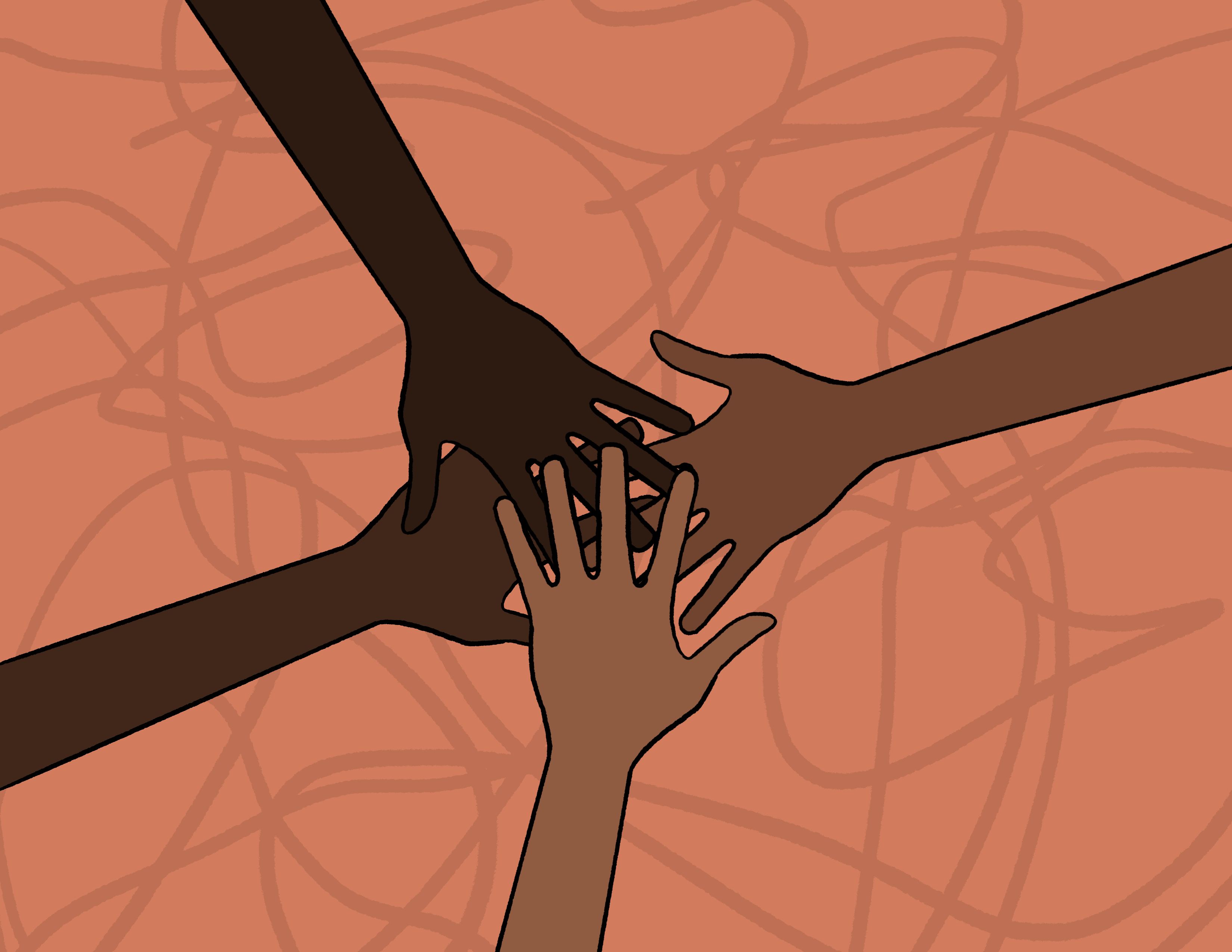 Pearis Bellamy urges entrepreneurs to view others as a support system — not as competition. (Illustration by Stephanie Macrinos)

Pearis Bellamy, a social entrepreneur, former CEO of Positively Pearis, and founder of the Black College Business Women Connection, advises her fellow achievers to remember that other entrepreneurs are not your competition and can serve as your support system. Bellamy notes that other social entrepreneurs helped build her businesses. Dr. Kwame Brown, a professor of psychology of marketing at Hampton University and the owner of the socially-focused apparel company Symbiotic Swag, echoes that opinion and explains that the most successful connections are those that are sincere. “It’s not just about going and saying, ‘Hi, I have a business, how are you? Let’s be acquaintances,’” Brown says. “I’ve gotten little infusions of capital and help marketing my business because people know who I am and what I’m about and we’ve built a relationship and they want to help me, not because I’ve manipulated them into wanting to help me but because of who I am and what they know about me.”

Avoid Being a “Jack of All Trades” 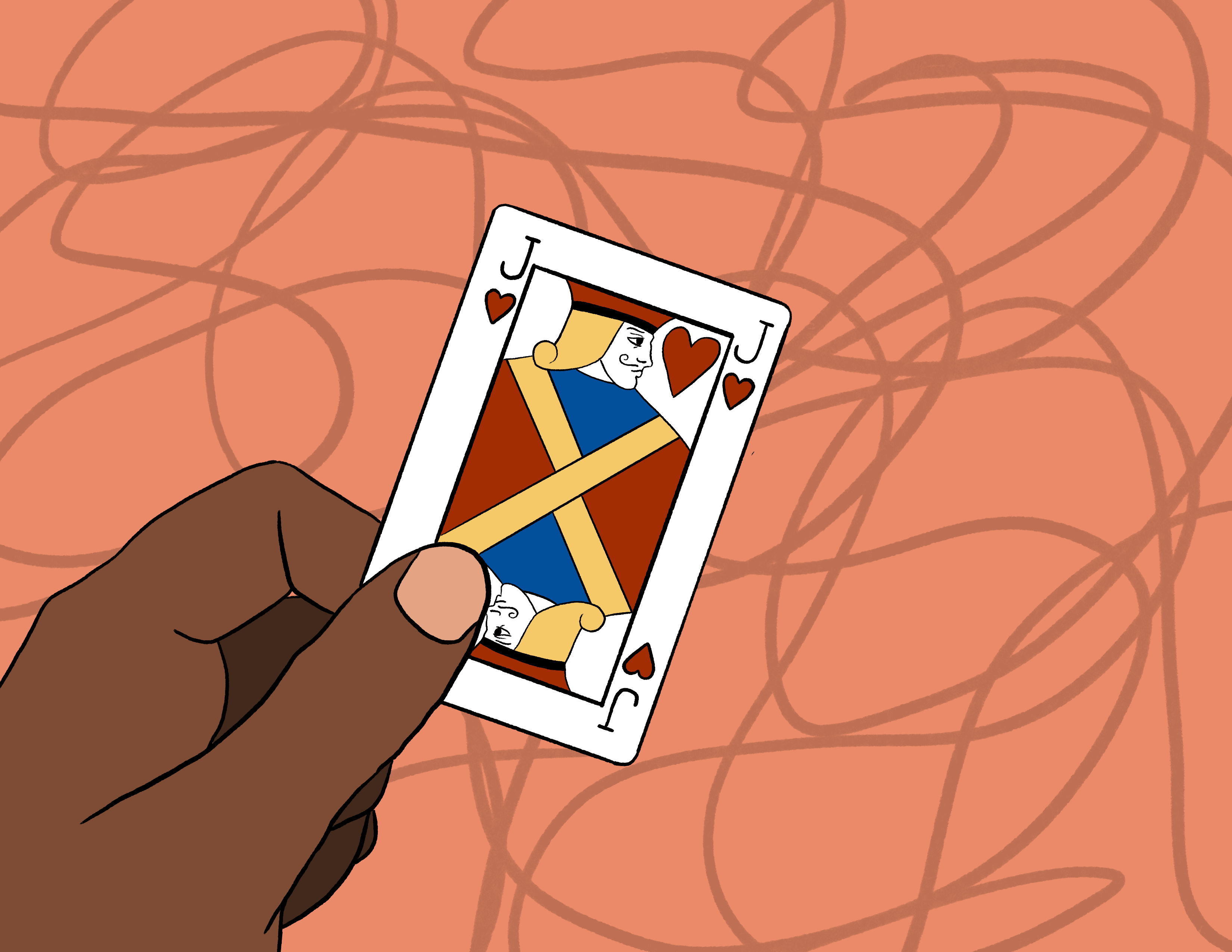 Kathy Caprino stresses the importance of delegating and warns entrepreneurs against doing everything themselves. (Illustration by Stephanie Macrinos)

Kathy Caprino, a therapist, women’s career and success coach, and senior contributor for Forbes.com, says the “kiss of death” in business is thinking that you have to do everything and do it by yourself. “If you’re trying to do everything, you’re really probably not going to be good at any of it,” Caprino says. Bellamy suggests focusing on your ultimate goal and  dedicating energy and resources to that goal. She says she found her own focus through spirituality and, in her third year of graduate school, she says all her interests aligned. She is now studying to become a counseling psychologist and wants to help survivors of trauma, specifically Black women. “For me, as a Christian young woman, a lot of times I would notice that being around college people would make me feel ashamed because in college you’re partying, you want to be friends with people,” Bellamy says. “And saying that you have certain values might not always be the coolest thing to say. And so what I wanted to do was to empower women to feel confident in what they believe, in their beliefs, and also feel like they can have fun.”

Dr. Rachel Lewis says that maintaining a work-life balance is important during the coronavirus pandemic since many now work from home, blurring the lines that separate the two. (Illustration by Stephanie Macrinos)

Lewis, the Birbeck, University of London professor, says the biggest stressors for social entrepreneurs can include high demands, job insecurity, or low rewards. Led by her research, she recommends people create balance in their lives to avoid letting their work take over their lives. “Especially during the coronavirus pandemic, we’re all working from home. This blurring is all the more real, and it means that we don’t get a respite from our work. And we need a respite — otherwise we do burn out,” she says. To maintain balance, Lewis recommends establishing a delimited, clearly separated home time and work time, having a designated and specific work area in the house, and physically preparing yourself for the work day the same way you would if you had to go to the office. Dressing up and having an alarm to start the day create structure and establish routines. This way, Lewis says, you put on your “work armor.” 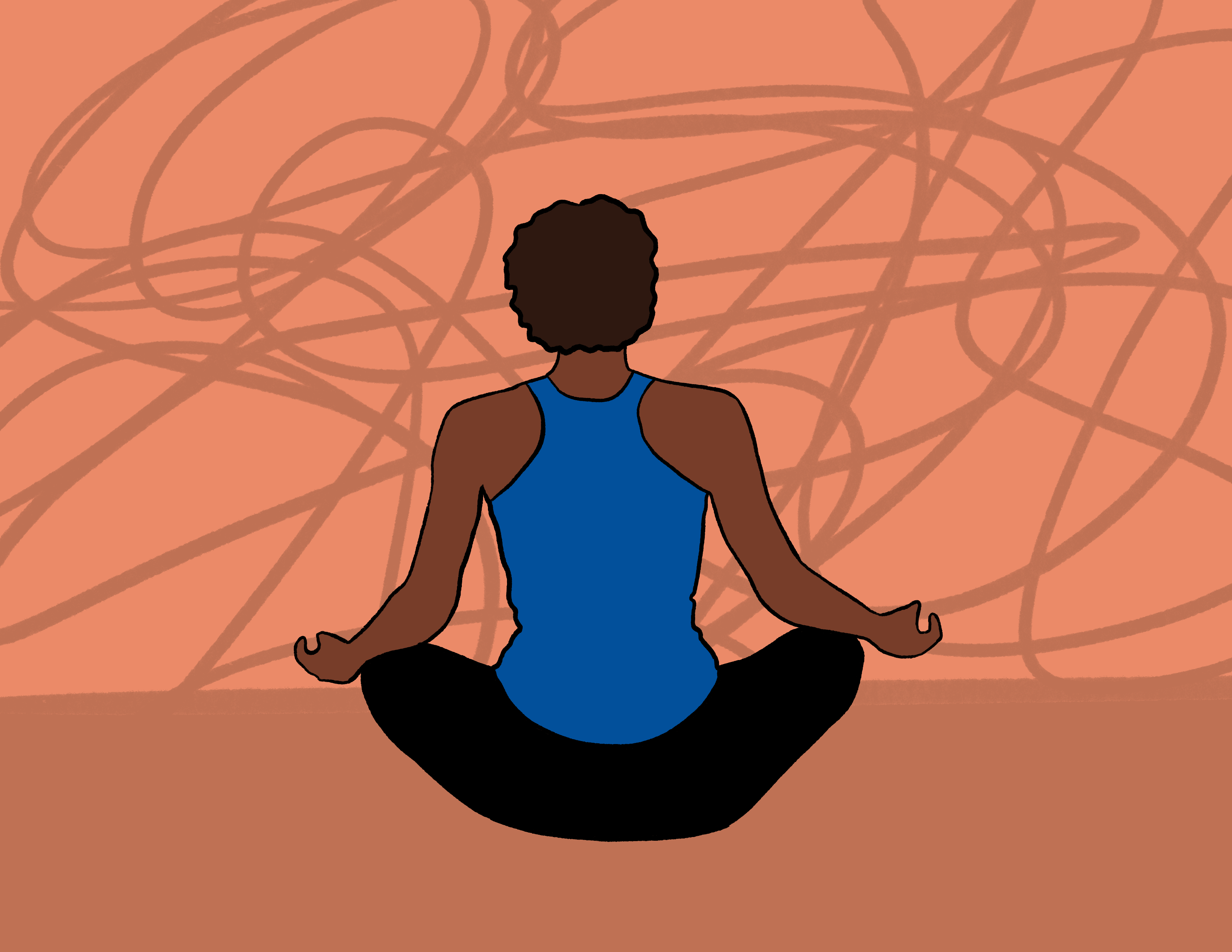 Caprino, the woman’s career and success coach, says that although men engage in aspects of over-functioning, women tend to struggle with perfectionistic over-functioning, which means doing more than what is necessary, healthy, or appropriate. This happens because of cultural and societal programing in women to “be pleasing, accommodating and putting others ahead of ourselves and our own needs,” she says. “Almost every high-achieving, professional woman I’ve ever met is a perfectionistic over-functioner, and when you are like that, when you have to get an A-plus, when you won’t delegate, when you think you have to do it all, burnout is inevitable,” Caprino says.

Sanchez, the 39-year-old CEO who experienced burnout, adds that people of color, particularly women, often experience an external emphasis on performing perfectly because, otherwise, they fear they will be passed over by a white person. This emphasis becomes internalized, and it can paralyze a person. “Be O.K. with the messy version,” Sanchez says. “There is no such thing as perfection, and you’re never not going to be scared. Honor your humanity.” Sanchez says this is the process she experienced to create her own business. She knew she wanted to create a business that would allow her to have independence, to work specifically with women of color, to do hard work, and weave in her strategic approach. She took a year laying down the infrastructure of her business before she even chose a name. She started off without all the answers, but by taking her first steps, she created Mariposa Strategies, which became a success. 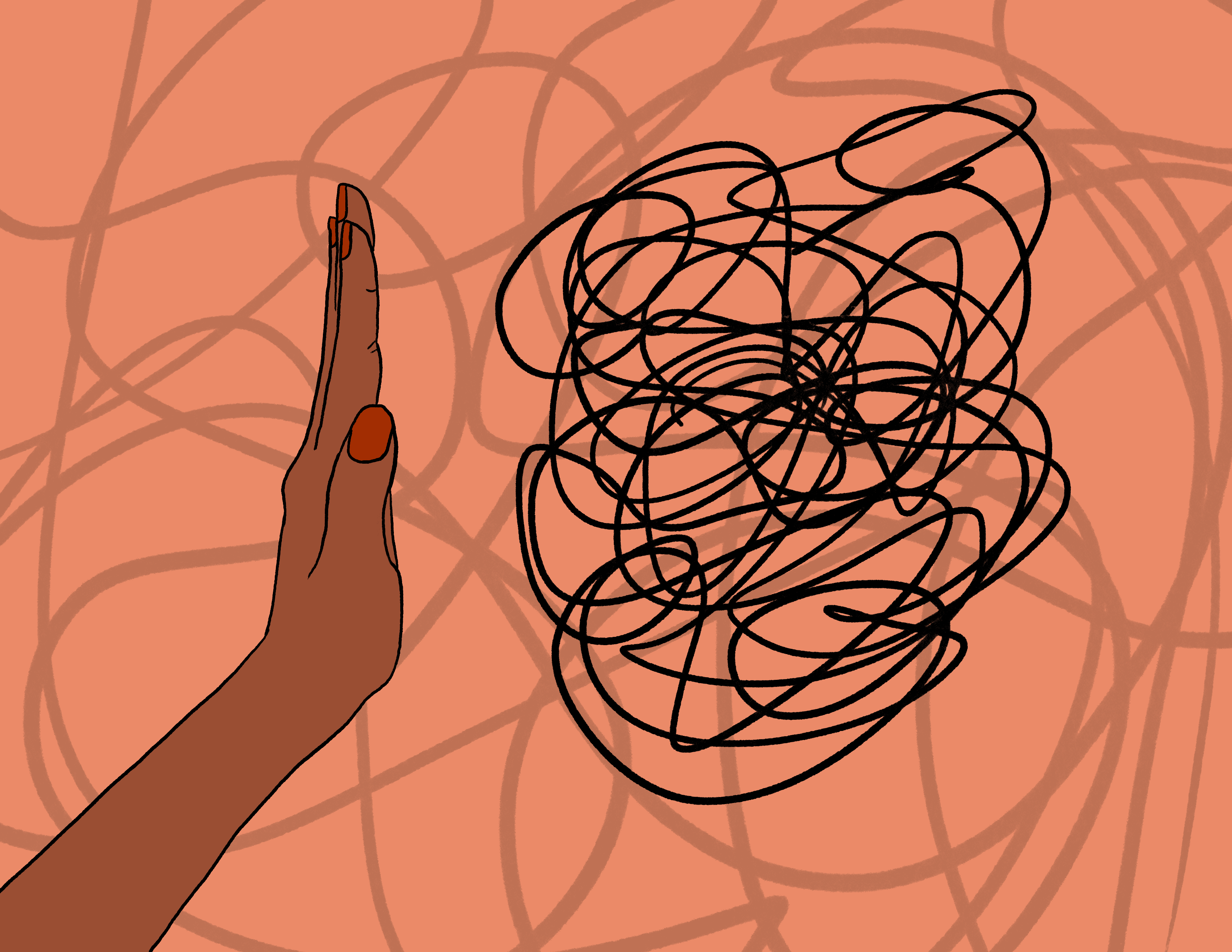 Annie Sanchez urges entrepreneurs to remember that people exist who want or need their product or service. “You have to put it out there,” she says. (Illustration by Stephanie Macrinos)

Caprino warns people against feeling guilty about saying no, about asking for money, about putting boundaries on your private life. But Sanchez added that you should not feel guilty about putting your business and the product it offers out there. “Whichever thing you’re selling — a service, a product, whatever — people want it. There are people who want it. There are 7 billion people in this world,” she says. “It’s not just about making money. It’s about connecting, feeling like you’re a part of something. And there’s a way to do that. They’re not our ideas, they landed on us and we have a responsibility to give that idea some air to breathe. You have to do it, you have to put it out there.”

Rocío Fortuny is the Innovate editor of Socially Driven. She earned degrees in communications and psychology at the University of Evansville, where she was a Division I athlete. She then earned her master’s degree in magazine, newspaper, and online journalism at the S.I. Newhouse School of Public Communications at Syracuse University. If she is not reading romance novels, she can most likely be found at some airport’s gate eagerly waiting to visit her home country, Argentina.

Rocío Fortuny is the Innovate editor of Socially Driven. She earned degrees in communications and psychology at the University of Evansville, where she was a Division I athlete. She then earned her master’s degree in magazine, newspaper, and online journalism at the S.I. Newhouse School of Public Communications at Syracuse University. If she is not reading romance novels, she can most likely be found at some airport’s gate eagerly waiting to visit her home country, Argentina.

Some apps to help with your mental health 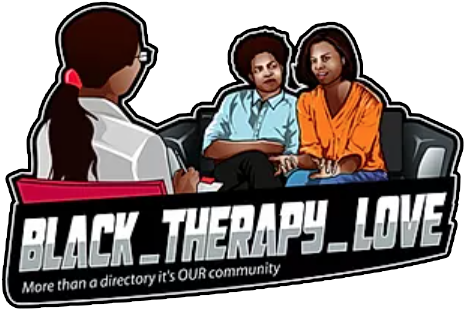 This free, web-based app was created by Tomina Ward, a career counselor and mental health advocate. The platform helps users find and connect with Black therapists, counselors, and coaches. The website says that the app was created with the goal of eliminating “the stigma behind our Black community suffering in silence with stressors, anxiety, trauma, and pain.”

Ayana was founded in 2018 with the idea that having a therapist who looks like you and who has had similar life experiences is important. This app, created by Eric Coly, assists members of marginalized communities to anonymously connect with licensed therapists. According to Ayana’s website, users’ “unique experiences and identities across race, gender identity, class, sexuality, ethnicity, and ability,” inform the therapist-matching process. Ayana recently launched a new version and they recommend checking their website for more information to download it.